"The shift from tethered to standalone VR headsets represents a paradigm shift within the immersive ecosystem. Now, we have a truly mobile platform that is good enough to facilitate compelling user experiences." 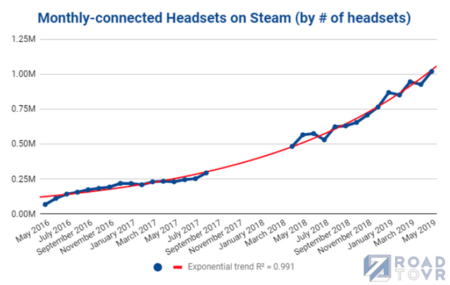 "Facebook’s standalone headset is creating a lot of interest and momentum. The headset launched in May and sold out across multiple stores a week after launch. Facebook’s VP of AR/VR, Andrew Bosworth, says that in the first two weeks of Oculus Quest headset sales, there were $5 million worth of content sales. Despite a lack of official sales stats, some estimate that Facebook could sell more than 1 million units in 2019—this would be huge if it happened." 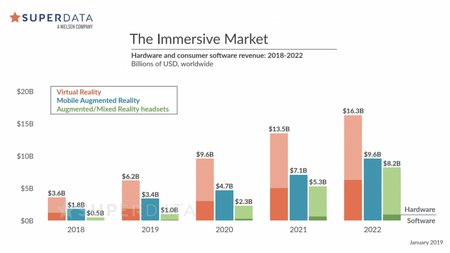 By some of the latest estimates, there are 171 million people who use VR worldwide in 2019. The numbers for the first quarter of 2020 will be posted here when available.