No Wires, Belts, Harnesses, or Bowls

No Training or Equipment 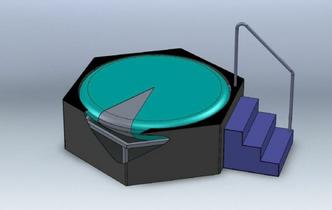 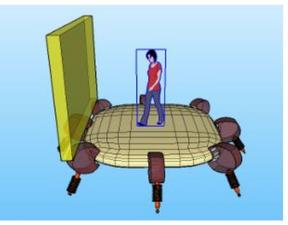 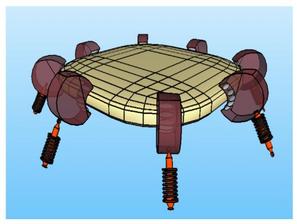 READ THE PATENT TO SEE HOW IT WORKS.

360 VR Surface is a patented VR controller that uses Powered Floor Technology to keep the user centered on the VR platform regardless of the velocity, speed, or direction of the user; while simultaneously transmitting this information to a VR environment. The "Powered Floor" system is unique because it requires no harnesses, sensors, or special shoes. The user may crawl, walk, run, or jump on the powered floor, and still stay centered on the 360 VR platform.

What is “Powered Floor” Technology?

Put simply, it is the ability of the floor to react to you naturally by using power to move the floor beneath you in the opposite direction to which you are walking. Our product is not like our competitors, requiring special shoes, walking in a bowl, while being strapped in. When the floor moves beneath you using a Powered Floor, you can just walk or run naturally, with no attachment to your body, such as a waistband locking you in.

The device is envisioned as a gaming controller that works in conjunction with
​VR HeadSets, VR Hand Tracking Devices, and 360-degree cameras.

The 360 VR Surface will allow a user to naturally walk through a virtual environment from a first-person perspective. Each step taken in any direction is utilized to simultaneously direct their avatar in the virtual reality or gaming environment. Additional features include; tilt, slope, rotate, haptic feedback, and wall simulation.

We handle the job of user location on the 360 VR Platform in a unique and patented way. Our system uses a weight-based user location algorithm to know where the user is located on the platform based on the weight distribution in the support arms. This means the user does not need to be wired or strapped in and there is no need for expensive lasers, or other expensive fragile and hard to calibrate user location hardware.

With the recent improvement in VR content, VR games, and consumer acceptance of VR, combined with the giant leaps made in VR Hardware technology; Facebook’s Oculus, Google VR, Samsung VR, HTC VIVE, and Sony PlayStation VR. There was a growing demand for VR as measured in headset sales in 2019.